….I heard a thump when I was in the shower, thought maybe someone was knocking on the door, hoped it wasn’t, checked when I got out, must have been the dog flopping down on the kitchen floor, waiting to get into the bathroom , the tile floor is so much cooler for her. Did I pay that damn electric bill, I can’t even remember doing it I’ll have to check, I need groceries, neighbors just got home from camping, must be camping because they were gone for about four days and they pulled a cooler out of the car, you don’t take a cooler if you’re staying in a hotel, well I wouldn’t so I guess I’m projecting, must have been camping, he hates everything so he probably hated camping. Think I should put up a rainbow flag on my flag pole just to piss him off, other neighbor is piling junk along the curb hoping other people will take it and they do because apparently they don’t have enough junk of their own, maybe I should do that and people can take my junk. Now leave me alone dog, can’t you see I’m busy, oh alright I’ll let you out…..it’s really nice out this morning but it’s going to get hot and humid again, this time for several days, that damned trump is at it again, jesus so many things going on, Venezuela, Palestine, Iran, what the hell, if they take my social security I’ll be screwed, that’s what I live on, well not right away I have some money squirreled away but not much I’d probably have to go back to work again and who’d hire me in my 60’s, what a frickin’ mess, why can’t the people in charge do something about this, this is not the government we’re supposed to have the whole worlds a huge mess and why is that, apathy that’s why people just don’t give a shit until it affects them then they’re pissed and can’t understand what happened because their head was in their cell phone this whole time and Twitter and Facebook and Instagram and what I don’t know what’s happening and how did that happen I thought he was a good president….damn immigrants, immigrant song by Led Zeppelin, now there’s a great song too bad they don’t play anymore they must be in their 70’s like the Stones and all the rest, you’re still performing and they call your music classic that’s a hell of a deal, shit I got to vacuum again that damn dog sheds so bad, I still got to sort out all that shit in the garage and take it to the dump maybe I should put it on the curb maybe someone will take it home and if they don’t I’ll have to put it back in the garage and I’ll be no better off than I was so I think I’ll just take it to the dump, hot and humid the next five days the weather lady said, half the time she’s wrong but the grass will need mowing and I’ll have to do it in the heat if she’s right so she’ll be right because that’s my luck…I told one of my co workers back when I worked to try meditation because she said she was so distracted but she said she tried and couldn’t do that so this is my brain on life, remember that old tv commercial about this is your brain on drugs where they showed an egg frying in a pan, it’s like that our brains are too filled with junk, I guess maybe we should take it all to the curb…. 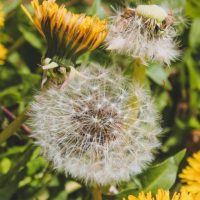