A Giant Meteor Is One Solution 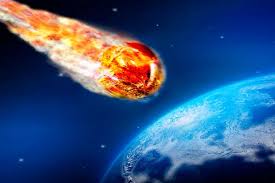 Today is one of those days where I feel the need to write but I’ve no real idea what to write about. Isn’t that strange? If I feel the urge, shouldn’t there be a reason? Shouldn’t there be some idea trying desperately to get out? There should, but it’s hidden, like there’s another person in there keeping secrets from me. Sometimes communicating with myself is like trying to pry into someone else’s brain. Sometimes others just don’t want to talk to you. Sometimes, I don’t want to talk to me. I guess I’ll just ramble and see if anything reveals itself.

I was thinking recently about poverty in the U.S. The capitalist system we have here creates poverty. In a system where people can become billionaires, you will always have a segment of the people who live in poverty. If you were somehow able to get rid of all the people who live in poverty, the people in the next highest income bracket would then be the people in poverty. I looked up some statistics. The poverty level income in the U.S. in 2019 is, $12,490 per year, (Link) That’s a pretty low number. The average rent for a 1 bedroom apartment in 2018 is right around $1000 per month. (Link) Even with my rudimentary math skills I can see that you’re going to spend more than half to almost all of your yearly income on rent. So how does that work? How do you live with a minimum wage job? The answer is, you don’t. One of the reasons why unemployment is so low today is because a lot of people have more than one job.

I’ve always believed that in life, quality is more important than quantity. If you have to work two or more jobs just to survive, where is the quality in that? From these numbers it’s easy to see why we have the social problems that we do. Recently I watched the Democratic debates on television. All of the candidates have great ideas for fixing the problems but few solutions. When specific questions were asked about how each of them were going to accomplish their goals, very few of them had direct answers. One candidate said he would give everyone over the age of 18, $1000 dollars a month guaranteed income. Great idea, right? It doesn’t take much to see the problems involved in pulling that off. We’re full of great ideas, but not so many solutions. Unfortunately I don’t have any solutions either, so it’s easy to see why they don’t. The truth is, no system of government is perfect. All have their problems and the problems always stem from greed. Every government will always include some who will try to scam the system in their favor.

Sometimes I wish I didn’t think about these things. I wish I could just go stupidly through life not caring about anything. Life would be so much easier if I just didn’t care. Alas, that is not the way it is. And I don’t regret that. I want to care, and I want to do my part. I just wish sometimes I could turn it all off for a while. Say, take a vacation from my brain. Sit on a beach somewhere under the shade of a big umbrella drinking boat drinks and thinking of nothing but the waves on the deep blue sea and what I might have for lunch. Ahh, can you see it? Not a care in the world. Again alas, that is not the way it is. So here we are, in the midst of our troubled world trying to figure out what to do next. Anyone in favor of a giant meteor?

Grace of the Sun
Girl in Niagara