In my last post I mentioned that I was learning to read tarot cards. The older I get the more I want to do and learn new things. My spiritual side seems to be awakening more all the time and maybe that is in response to the current political farce we find ourselves in these days, and maybe for other yet to be revealed reasons. Whatever the reasons are, I’m sure I’ll come to know them eventually. So I’ve taken an interest in tarot reading. Now you may think, fortune telling? That does seem to be what a lot of people think when they hear, “tarot cards.” But after a few weeks of investigation and a lot of reading I have come to a different conclusion. Tarot has been used in fortune telling and whether or not it’s real is left up to you, but what I have found is different. Tarot has been portrayed in popular media; books and movies as being done by psychics, gypsies and witches for divination. Today’s modern tarot readers run the gamut from that, to people who use it to help others see their lives more clearly, to understand the hidden meaning of thoughts and feelings so they can better their lives. I would fall into the latter group.

So what are tarot cards? They are a deck of 78 cards with images on them. The modern idea of the tarot came about during the Renaissance period in Europe. Today’s most popular deck was developed by A.E. Waite and the images painted by Pamela Colman Smith in England and published in 1909. The history of how the images came to be chosen and the names of each card is long and I won’t go into it here. There are five suits including: Wands (Clubs), Cups (Hearts), Swords (Spades), and Pentacles or Coins (Diamonds), and Trumps. You notice the names in parentheses are the names of the four suits of everyday playing cards. Now you know where Clubs, Hearts, Spades, and Diamonds got their names. Each of these four suits has Aces through Kings with an added Court card called the “Page” which comes before the Knight (Jack) and are called the Minor Arcana. The “Trump” suit has 22 cards called the Major Arcana. The images on the cards are all Renaissance style art with not a few of them having Christian symbolism. Each of the four suits, not including Trumps, coincides with one of the natural elements, Fire, Earth, Air and Water. A very simplified explanation which I hope sums it up.

The tarot reader learns the images on the cards and what they mean. Intuition plays a big part in deciphering the meanings of the cards and what they mean for the Querant or questioner, the person who the reading is being done for. The Querant asks a question or asks for a “general reading” that they want answered. The cards are shuffled and spread out and the questioner picks the cards for the reading. The idea is that while concentrating on the question to be answered you will be drawn to the cards that have meaning for you. It is then the job of the reader to explain the meaning of the drawn cards to see if they make sense to you, answer the question you have or relate to your life. In a general reading the reader will help you better understand your past, the present and help you “divine” ways to make your future better. So, not so much fortune telling as it is a way for you to make your life a better place through your own efforts. The tarot reader helps you do that.

Learning the cards has been fun so far. There is a lot of hidden symbolism in the images and with 78 cards there is a lot to learn. On some decks the artwork is beautiful. I have a few friends who may shudder when they read this post and that’s alright. I have heard of far stranger beliefs. And it’s not a belief. It’s just symbolism that’s deciphered into meaning. Astrology is another thing that has been used for divination and fortune telling. While I’ve not given that much thought, it is amazing to me how my much I am like the explanation of my Zodiac sign. I don’t have all the aspects of a Virgo but I do have many of them. So I’m having fun with this and if I lose interest well, no harm done. But I do think I’m going to collect tarot decks. There are many with beautiful artwork as I said. And many that have similar images and some different. I think this is going to be fun. 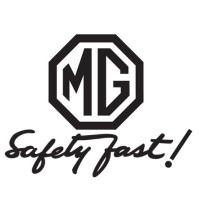