Just before he reached the turnoff, Sean saw a man standing in the middle of the highway. The guy was waving his arms over his head, obviously hoping the truck would stop. He slowed down and just gaped at the guy. After not seeing a real live human being for a couple weeks it took him by surprise. He stopped the truck and saw that the man was yelling about something before he got the window rolled down. As he lowered the window the man said, “Aw man, it’s so good to see somebody, man. I ain’t seen nobody in a long time. You got any food man? I’m so hungry man, and thirsty. You got any water?” It didn’t look like the guy had any weapons on him and Sean had a couple of cereal bars in his pocket so he set the brake and stepped out and down.

As his feet touched the ground the guy jumped him. With a screaming groan the guy grabbed him around the throat and started to squeeze. Banging Sean’s head against the open door, the guy screamed “You’re not real! You’re not real!” Sean reached both hands up between the crazy guy’s arms and went for his eyes, a trick he’d learned from a friend. Shoving his right thumb into the guy’s left eye, the man screamed in pain and let go. With his hands over his face the guy screamed and thrashed around and just as Sean went to climb back in the truck the guy grabbed him and dragged him back down. As he was falling back, Sean grabbed for a tire iron that was laying on the floor next to the drivers seat. As his feet hit the ground he jabbed backward with the iron, connecting with the guys stomach. Crazy man let out an “oof” as air escaped his lungs. As the guy wound up to to punch him, Sean ducked under his arm and swung the tire iron as he spun around, cracking into his shoulder. Letting out a wail of pain, Crazy man charged. Without thinking about it, Sean swung the iron like a baseball bat. Crazy man’s skull gave a sickening crunch as the iron took him right above his ear. Like the popping of a balloon, his body simply collapsed to the ground.

Dropping the tire iron, Sean stood with his hands on his knees, catching his breath and watching Crazy man. After a moment, He nudged the guy with his foot. No movement. Reaching down and holding the guy’s wrist, he could feel no pulse. Moving to his neck and not feeling a pulse there either, Sean turned away from the dead guy and threw up in the middle of the road. Staggering back to the truck, he rinsed out his mouth several times with his water bottle, trying rinse away more than the bad taste. He had never harmed another person in his life and now he’d killed a man. Even though he was saving his own life, it still felt bad. Really bad. Sean sat in the truck for several minutes, not trusting his legs to hold him up. When the man died he had fallen under the truck and would have to be moved for Sean to pull out. Dragging 200 pounds of dead guy was no easy feat, but he managed to get him to the edge and with his foot, Sean rolled him down the embankment. Taking in gulps of air, he almost threw up again. He needed a smoke. And a drink. A smoke and a drink, he thought. Maybe two drinks. Or beer. Yeah, he thought, lots of beer.

Sean reached into the cooler for another beer but it was empty. He looked down to see four bottles on the ground near his feet. No wonder his head was swimming. He hardly ever drank, but considering the day he’d had, four beers didn’t seem like enough. What had happened helped him to realize something he should of thought of before. In a very short time, his world had changed completely. Not only had he lost his family, and for all he knew, everyone he had ever known, but everything else was gone as well. No health care, no police, no society. If he got hurt, there would be no doctor to go to. No police protection against bad guys. As far as he could tell, he was completely on his own. He would have to be very careful about the things he did. Even riding a motorcycle or driving a car would be a dangerous thing to do. Not like it wasn’t before, but he could die of infection from a simple cut if he wasn’t very careful. So four beers was probably enough.

After parking the tanker along side the driveway he had dragged a lawn chair and the beer up the hill to sit by the graves of his family. Angus joined him there and he had smoked and drank for a couple hours. Dark clouds began to move in and the first sprinkles of rain started to fall. Heading back to the house, the wind picked up and the first real Spring storm started in earnest. Thunder rolled across the country side and flashes of lightening appeared in the clouds. Safe in the house he laid on the couch and listened to the rain. He always liked rainy days and storms and never really knew why. He fell asleep to the rhythm of the rain on the window. 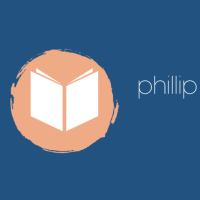 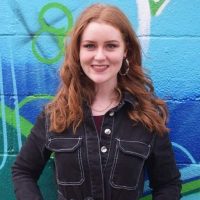 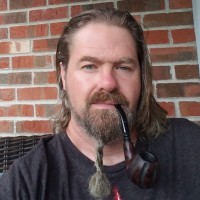