A Moment In Time

My hometown, Northfield, Minnesota, is famous for stopping the Jesse James Gang from ever robbing another bank. We celebrate “The Defeat Of Jesse James Days” every September. Another reason for fame here, but less so, is that Northfield is the home of the Malt-O-Meal cereal company. I went to work there in 1975 at the age of 18. I did a variety of jobs there but one in particular I remember with fondness. I was part of the cleanup crew. Now you might think, “clean up crew?” Doesn’t sound like much fun right? What that job did for me was to allow me to wander all over the plant cleaning up cereal spills. The plant had a vacuum system and I carried a long flexible hose into the various departments, plugged my hose into the vacuum outlets and sucked up the cereal that had spilled onto the floor. In doing this job I was able to chat with just about everyone who worked there. It was there, and at other jobs I had as a kid that allowed me to start collecting stories that I can tell now as a relatively mature adult. Relatively. 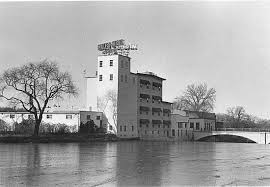 Puffed Wheat and Puffed Rice were the two original cold cereals that Malt-O-Meal began producing in the early Seventies. It was discovered somehow, (there are various stories as to how) that rice and wheat, when super heated and pressurized and shot out through a small hole into a cooler and lower pressure area would puff up into what people know of as “puffed wheat and rice.” This is how Malt-O-Meal made their early puffed cereal. There were four “Batch Guns” (see the picture) that sat half way into the floor. Rice or Wheat was introduced into an internal chamber in the “gun,” the cap was sealed and the gun was rotated while heated. A gauge kept track of the internal pressure and when it was ready the gun was stopped and a sledge hammer was used to hit the “trigger” which would open a small hole in the bottom of the gun. The rice or wheat would blow out of the hole, puffing the cereal grains as they fell into a hopper below. This process was repeated many times throughout a work shift and that’s how you get puffed cereal. Today of course, the process is all automated. 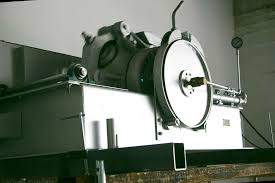 The point of my story is not to tell you about cereal or bank robbers however but about a moment in time that took place while I worked there. There were four batch guns and two operators. Both of the guys who did this job were large men who drove down from Minneapolis every day (about 50 miles one way) to swing sledge hammers all day and collect their pay. And they were both black men. The younger guy was about 25 or so, smiling and jolly and easy going. The older one was about 60ish and mostly kept to himself. As the clean up guy, I went to their floor a couple times a day and talked with them while we worked. I mention that they were black because I grew up in small town white America and had little interaction with people of color except for a couple of black students in high school. I often wonder what they thought of me.

One day as I went into the locker room at the end of my shift, the older batch gunner was getting dressed after showering. He hadn’t put on his shirt yet and I noticed two long and rather ugly scars on his abdomen and chest. It was obvious that he had been cut by something and sewed up badly. He saw that I was looking at them, looked down at himself and back up at me and said, “The knife do it’s work.” I said, “Yes sir, it sure did.” He smiled and put on his shirt. He clasped his hand on my shoulder as he left the room, giving it a little squeeze. That an elderly black man who had obviously seen some darker sides of life and a young, dumb white kid like me could share a moment of understanding was important to me and I have never told this story to anyone until now. That moment was pivotal in that it helped me learn that beneath our clothes, beneath our skin, we are all just people. Take away what we wear and what we believe and we are all the same, seeking love and understanding.

All I knew of this man, I have written here. I doubt that he ever knew what he did for me and how it has helped shape me as a human being. And he really didn’t do anything at all except show kindness which helped shape my life. I would thank him, if I could. 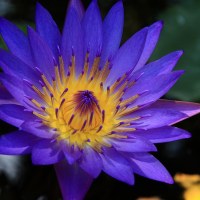